Manarola, the second village of the Cinque Terre starting from the east, administratively depends on the municipality of Riomaggiore but has its own identity and peculiarities.

It is believed that its name derives from the Latin Manium arula or “small temple dedicated to the Mani”, but there is no confirmation on this. Some historians claim that it derives from an old Manaraea dialectal form dating back to an older Magna Roea, the large water mill wheel.

What we know for sure instead is that its foundation is due to the downstream movement of the inhabitants of Volastra, an ancient Roman settlement and today a hilly hamlet, back then inhabited by the people of the Val di Vara. The first documents mentioning Manarola date from the second half of the thirteenth century and deal with the struggles between the Republic of Genoa and the Fieschi di Lavagna, beaten in 1273 by a fleet of 14 galleys.

Passed under Genoa, Manarola became one of the major producers of wine and oil on the coast and, in the lower part of the village, still exists an old mill restored by the National Park. During this historical period, men really began to model the landscape and the heroic agriculture that today preserves the Cinque Terre was born then, one terracing after another.

The modern history of the village coincides with that of the other villages of the Cinque Terre and a large part of Liguria. However, the evolution on the urban side is marked with the coverage of the stream that crosses the village, beginning in 1863 and ending in 1978. For instance, in the 1950s only Piazza Innocenzo IV was covered and the two sides of the village till the Marina were connected by eleven stone bridges.

In addition to admiring the typical Genoese tower houses, today colorful, starting from the top you can visit Piazza Innocenzo IV, with its panoramic terrace perfect to enjoy the illuminated nativity scene by Mario Andreoli, but also the seat of the fifteenth-century Oratorio dei Disciplinanti, also known as the oratory of the Santissima Annunziata or of the Azzurri.

Also on the square, there is also the parish church of the Nativity of the Virgin Mary, better known as the church of San Lorenzo for the portal that depicts its martyrdom, with its bell tower with a square plan, in ancient times a watchtower. Dating back to 1338, the three-nave church is in Genoese Gothic style, with a local sandstone facade decorated with a particularly elaborate Carrara marble rose window added in 1375, while the baroque interior is characterized by a barrel-vaulted roof.

Manarola also had its castle, a defensive fortress in the heart of today’s village, in via del Baluardo. Over the centuries, however, the building has become a private home and today it is recognizable only for its rounded shape.

What to do at the Marina in Manarola? Admire the village and lose track of time looking at the sea … from Punta Bonfiglio you can enjoy a panoramic view of the houses perched on the cliff, a glimpse that you have probably already seen in past known advertising campaigns and certainly in the infinite shots published online by those who have visited before you.

Here there is also the village cemetery, which is also often immortalized because in an extremely panoramic position and because the end lines of the poem Liguria by Vincenzo Cardarelli are engraved on its facade. This is not the only poem on the walls of Manarola, however, at the end of via Belvedere you will find, in addition to the immensity of the sea, also a small square dedicated to Eugenio Montale and a plaque with verses from his Riviere. 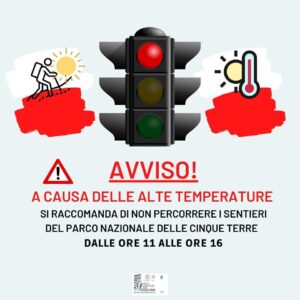